History of the German Evangelical Church and Cemetery

From the Friends of the Evangelical Protestant Cemetery website

Special thanks to Chris White (albanygravedigger.com) for the use of his content and information.

The second Evangelical parish in Albany was organized as the German Evangelical Protestant Society in 1850.  The group held its first religious services in the South End home of Peter Kunz, at the corner of Bassett and Green Streets.  In early 1851 a vacant lot was purchased for $600 on the corner of Clinton and Alexander Streets.  On April 29, 1851, the society was incorporated.  Soon the original church was built upon the lot and dedicated on August 31, 1851. Circa 1852, the church basement was converted into a German Parochial school with instruction in German.  The school was discontinued on January 1, 1901, due to low attendance.  At an unknown time, most likely during the early Twentieth century, the ethnic distinction of the parish name was dropped.
In 1853 the church established a cemetery on Krumkill Road containing four acres, which was originally in the hamlet of Hurstville in the town of Bethlehem, which was later annexed by the city of Albany circa 1967. [1] It is believed that the cemetery is the oldest cemetery within city limits. 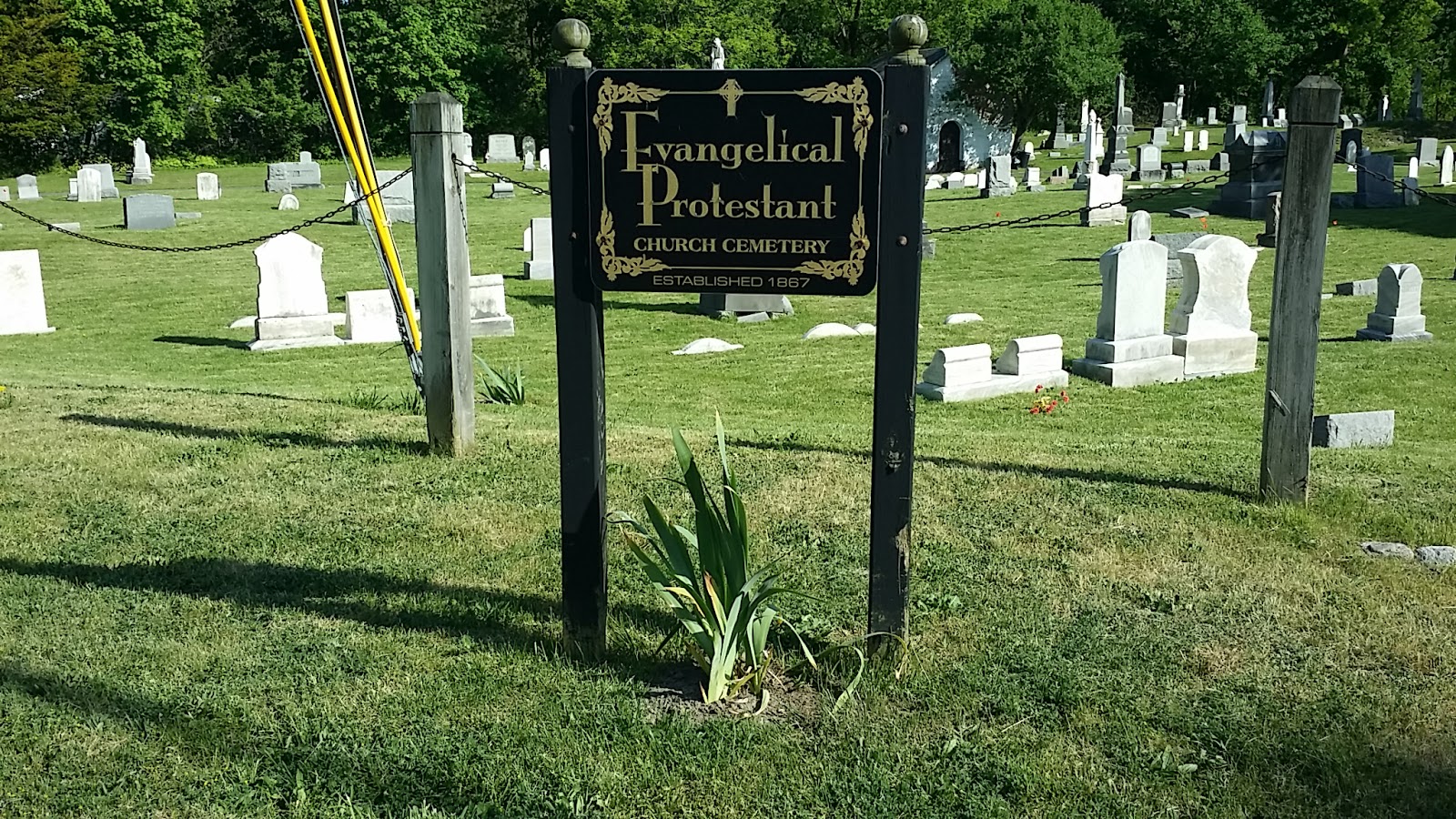 Those who are interred in this cemetery were primarily German families who first arrived in Albany in the mid nineteenth century, bringing with them strong work ethics and skills. They built modest one and two family homes, established small businesses or worked in industries that grew up along the Hudson River. They were stove makers, brick makers, brewers, and ice harvesters. They founded singing societies, served as aldermen, enjoyed picnics, and participated in boat races, dances and parades. This community was stable and strong for one hundred years and its residents were important contributors to the growth of the city of Albany.
On June 5, 1881, the church caught fire and was completely destroyed.  A new church was erected and dedicated on June 14, 1882, at a cost of $23,566. The building still stands in this once vibrant community formerly known as Groesbeckville. Religious Vereine associated with the parish included the Frauenverein with one hundred fifty members, the Literaturverein with one hundred twenty participants, and Jugendverein, which was established circa 1880.[2]  The Pastors held church services strictly in German until the first service of worship in English was held on October 1, 1899.   The last examination of a Confirmation class held in German was in 1917, the year the United States declared war on Germany.[3]

This cemetery made some local news a year ago for efforts to save it from neglect. You can read more here.

See below for a transcription of the card records from this cemetery.