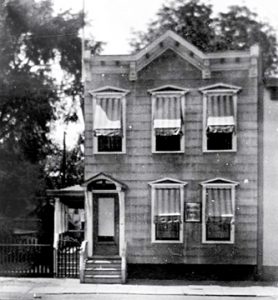 The Styles Funeral Home at 507 Fourth Street in South Troy was opened by Thomas A. Styles in 1909. Thomas Augustus Styles was born in Troy on January 14, 1884 to William Styles and Kate Keyes. His father William was an Irish immigrant and a “puddler” in an iron foundry, and his mother Kate Keyes was the daughter of Irish immigrants.

William Styles died December 1, 1895 at the age of 45 when Thomas was age 11. Perhaps because of his father’s early death, Thomas left school after finishing eighth grade at St. Joseph’s Academy in 1898 to work at the Troy Laundry at the age of fourteen. In 1900, seventeen year old Thomas was an apprentice carpenter. At twenty years old in 1904 Thomas went to New York City to learn the undertaking profession which led to his opening his own Funeral Home in 1909. 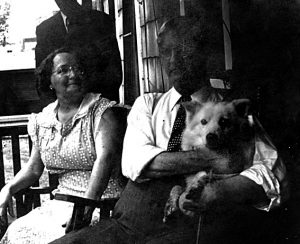 On June 2, 1907, Thomas Styles married “Mamie” Mary Agnes Fox and they had four children, Marion Catherine, Thomas, Edward and William. Two of the sons, Thomas and William, follow their father into the funeral business.

Thomas Augustus Styles died in 1949, having operated the funeral home for 40 years. The following quotation from the book, Prominent Citizens of Troy and Rensselaer County, published in 1925, indicates how esteemed Mr. Styles was in the local community – In the duty of caring for the dead, Thomas Augustus Styles, of Troy, New York, serves the people of Rensselaer county in a professional way and through his genial spirit and deep appreciation of the ethics, as well as the responsibilities of his work, has won his way to a position of the highest esteem among people of this section. 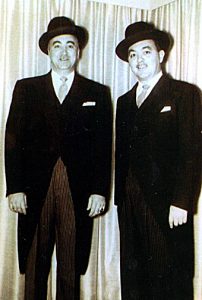 The Styles Brothers – William and Thomas

After Thomas Styles died in 1974, his son also named Thomas, took over running the funeral homes for the next 26 years. A special thanks goes to Thomas, Jr., for bringing these interment books to the attention of the Troy Irish Genealogy Society and allowing us to transcribe the records and post them on the TIGS website.

Genealogy researchers will find lots of useful information in these records. Many of the individual records will show the following details:

Age and Date of Death.
Home Address & Occupation.
Place of Birth.
Names of Father, Mother, Spouse Along With Their Place of Birth.
Where the Services Were Held. May identify the Home Parish.
Names of Newspapers Where Obituary Was Published.
Date of Birth On Some Entries in Book 3.

wpDataTable with provided ID not found!