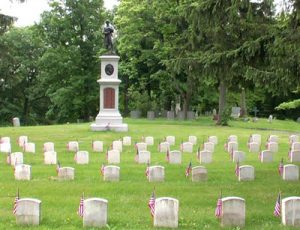 The records below list names and burial locations for one thousand Civil War and Spanish American War era veterans.

The Soldiers’ Lot in the Albany Rural Cemetery is the final resting place for 149 Union soldiers, many who died of injury or illness in hospitals around Albany during the Civil War. New York State, as well as many other states, passed legislation to provide for the care, burial and erection of headstones for veterans of the Civil War and the Spanish American War.

In 1896, Chapter 225 of the New York State Poor Laws was enacted. Article V., Section 84 of that law entitled “Headstones to be provided” stated:

“The grave of any such deceased soldier, sailor or marine shall be marked by a headstone containing the name of the deceased, and, if possible, the organization to which he belonged, or in which he served; such headstone shall cost not more than fifteen dollars, and shall be of such design and material as shall be approved by the board of supervisors, and the expense of such burial and headstone as provided for in this article, shall be a charge upon, and shall be paid by the county in which the said soldier, sailor or marine shall have died; and the board of supervisors of such county is hereby authorized and directed to audit the account and pay the expense of such burial in the same manner as other accounts against said county are audited and paid; provided, however, that in case such deceased soldier, sailor or marine shall be at the time of his death an inmate of any State institution, including state hospitals and soldiers’ homes, or any institution supported by the state and supported at public expense therein, the expense of such burials and headstones shall be a charge upon the county of his legal residence.”

Under this law all counties in New York State were required to provide for the erection of headstones for these veterans. Records of the proceedings of the Albany County Board of Supervisors dealing with Section 84 and the providing of headstones are the source of this latest data base of Military Records added to the Troy Irish Genealogy Society. 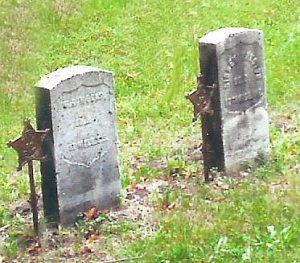 The following data elements are part of this series of records:

Veteran Name
Unit Name
Veteran of
Residence – Very few for this item.
Name of Cemetery
Location of Cemetery
Date – This date may be the date of the Board of Supervisors proceedings where the veterans name is included on the report (indicated by “R”) or it may be the actual data of when the headstone was ordered (indicated by “O”). 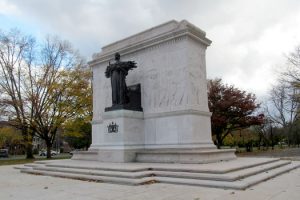