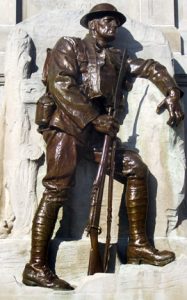 General Kincaid believed that his report, aside from possessing a distinct historical value, would be much appreciated by communities throughout the State and that the information could readily be placed in a library or in the company room of any Armory, where it would easily be accessible and would be of great assistance, both to the relatives of veterans who made the supreme sacrifice, and to those who desire 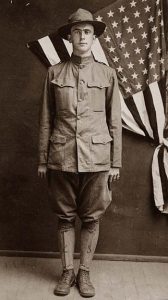 positive information regarding the circumstances of a particular death.

The Troy Irish Genealogy Society has copied the records for the counties of Albany, Rensselaer, Saratoga and Schenectady as these particular records will be of great interest to genealogy researchers in the Capital District region.

The seven date elements in this new series of records are:

(If there is an interest in counties other then the four counties listed above, they can viewed by going to the following link: http://www.newhorizonsgenealogicalservices.com/ww1-roll-of-honor-ny.htm)