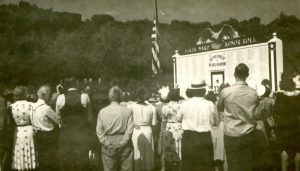 Undated photograph showing the dedication of the Sixth Ward Honor Roll on Burden Avenue just south of the South End Tavern and near the approach to the Menands Bridge.

The monument has been gone for many years. Currently that site is the home of a Hess Gas Station recently rebranded as Speedway. The Sixth Ward Honor Roll listed the names of 339 men from that ward who were serving in World War II. 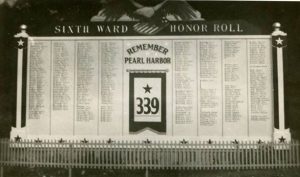 HONOR ROLL WHEN DEDICATED HAD 339 NAMES

ADDITIONAL NAMES ADDED TO THE MONUMENT

Subsequent to the dedication of the Monument, more names were added to include additional Sixth Ward men serving in the Armed Forces.

While the large “374” on the monument indicates 374 names were listed, there were only 370 names with four blank lines for the letter “N”. Whether additional names were ever added is unknown.

Photographs of three of the soldiers whose names are on the Memorial are shown below: 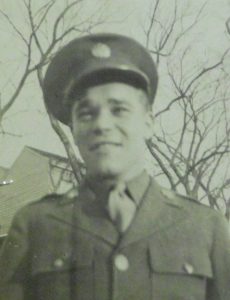 Thomas Jubic, was one of the three Jubic brothers listed on the Memorial. The Jubic family lived on Kelly Street in South Troy and for many years operated The Snuggery Inn located at the corner of Kelly Street and Cross Street. 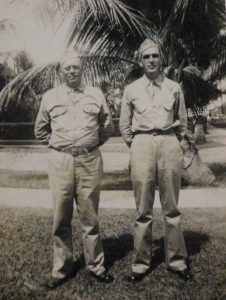 The  photograph, on the right, was taken in Miami, Florida.

Thomas McGrath lived at 741 Burden Avenue. Jack Ryan was from the Ninth Ward according to the note on the photograph.

James Weston, Jr. (shown below) was killed in the Pacific Theater in 1944 at the Battle of Peleiiu and was buried in a military cemetery in the Pacific. After his mother died in 1948 his body was brought home by his father and he is buried in St. Joseph’s Cemetery in Troy.

The funeral service and interment was covered in the
October 15, 1948 Troy newspaper. 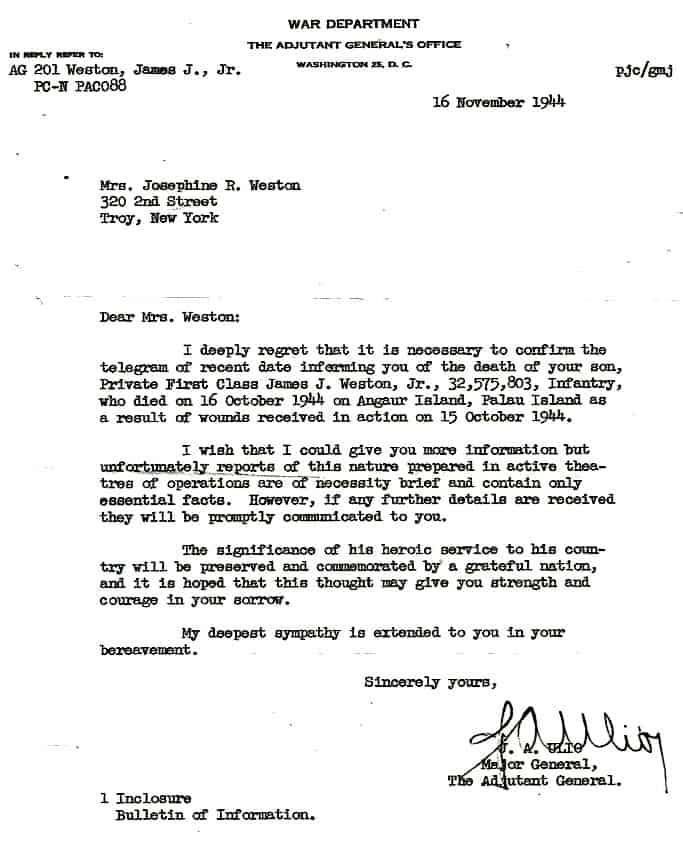