George Reelman was born in March 8, 1707 in the city of Landau, Germany. 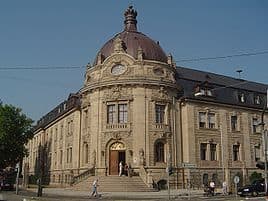 He had four children in Germany, three of whom died before his emigration. He embarked for this country at Holland, in a vessel bound for Philadelphia, with his wife and remaining child, a son. His wife died at sea on the voyage. George arrived, with his son, in Philadelphia in 1740.

Reelman was a patriot and a hero, as well as a moralist and a Christian. He served two campaigns in Germany – he was engaged in the famous battle of Prague, where he and a fellow soldier escaped by the hand of Divine Providence from a slaughter of 20,000 men, by swimming their horses across adjacent waters.

He died in Guilderland, New York on October 2, 1819 at the age of 112 years, 6 months and 25 days. His son, also at an advanced age, was living at the residence of his deceased father.

(NOTE: While the Troy newspaper shows November 2, 1819 as date of death, other newspapers and references say October 2nd is the correct date.)

Note: Death notice for Reelman was published in The Troy Post on November 9, 1819.