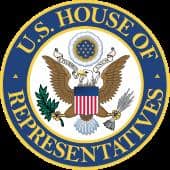 Member of the U.S. House of Representatives from New York’s 8th congressional district 1793 – 1801

Glen was born on July 13, 1739 in Schenectady, New York. He was the son of Albany residents Jacob Glen and Elizabeth Cuyler. In December 1762 he married Elizabeth Visscher of Schenectady and by 1785 their marriage produced seven children who were baptized in the Dutch churches of Albany and Schenectady where their parents were members.

Henry Glen is best known for service to the Patriot cause during the American Revolution. In 1775, he was elected to represent Schenectady on the Albany County Committee of Correspondence. He held militia commissions and was sometimes called “Colonel.” His principal contribution was in the Quartermaster Department where he served as Assistant Deputy QMG and was headquartered in Schenectady. Glen was associated with George Washington and accompanied the future president on his tour of the Mohawk Valley in 1783.

Revolutionary stalwart Henry Glen died in Schenectady on January 6, 1814 at the age of seventy-five.

Note: Death notice for Glen was published in The Troy Post on
February 1, 1814.