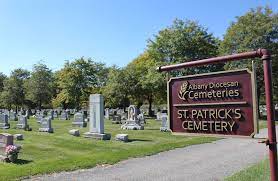 St Patrick’s Cemetery, located at 150 Troy-Schenectady Rd, Watervliet NY, was once the parish cemetery of St Patrick’s church. The church itself opened in 1840, the first Catholic church in Watervliet. The church was demolished in 2012 and the space is now occupied by a Price Chopper supermarket.

St Patrick’s Cemetery, officially opened in 1874, is now managed by the Albany Diocesan Cemeteries office. The old section is in the back left corner and  pre-dates the parish opening. Few records exist for this cemetery prior to the 1930’s, although an early lot book survived and does show names of lot owners starting in the late 1800’s

In this rearmost area (“old section”) of the cemetery, for which no official records exist, there are hundreds of gravestones and are some of the earliest burials made here. From 2017 to 2020, Tom Hanley, then archivist for Immaculate Heart of Mary parish, and a group of volunteers (noted below) worked on identifying and recording the gravestone inscriptions. Gravestone images are being posted to Find-a-grave.

The Old Section suffers from the ravages of time. Trees are taking over the grave sites and their leaves cover and bury old stones fallen flat on the earth. Even worse is the encroachment of vegetation and b 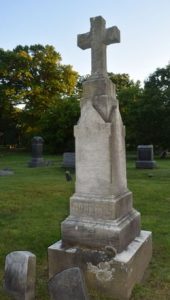 ushes concealing graves and hiding the cemetery hallowed grounds along its edges and in some cases within the more center areas of the cemetery.

The gravestones date from about 1840’s and display an amazing diversity of funeral expressions. Many stated who erected the stone saying “erected by”.  Many of the Irish stones were inscribed from where in Ireland they had come. Many had funeral poems expressing their sadness and loss of their loved one; especially if it was son(s) or daughter(s). There are of about 50 United States soldiers buried in the Old Section and 2 of them have the same date of death: September 17, 1862. They were killed together at the Battle of Antietam, with the 34th NY Volunteers and now lie together in St. Patrick’s Cemetery. 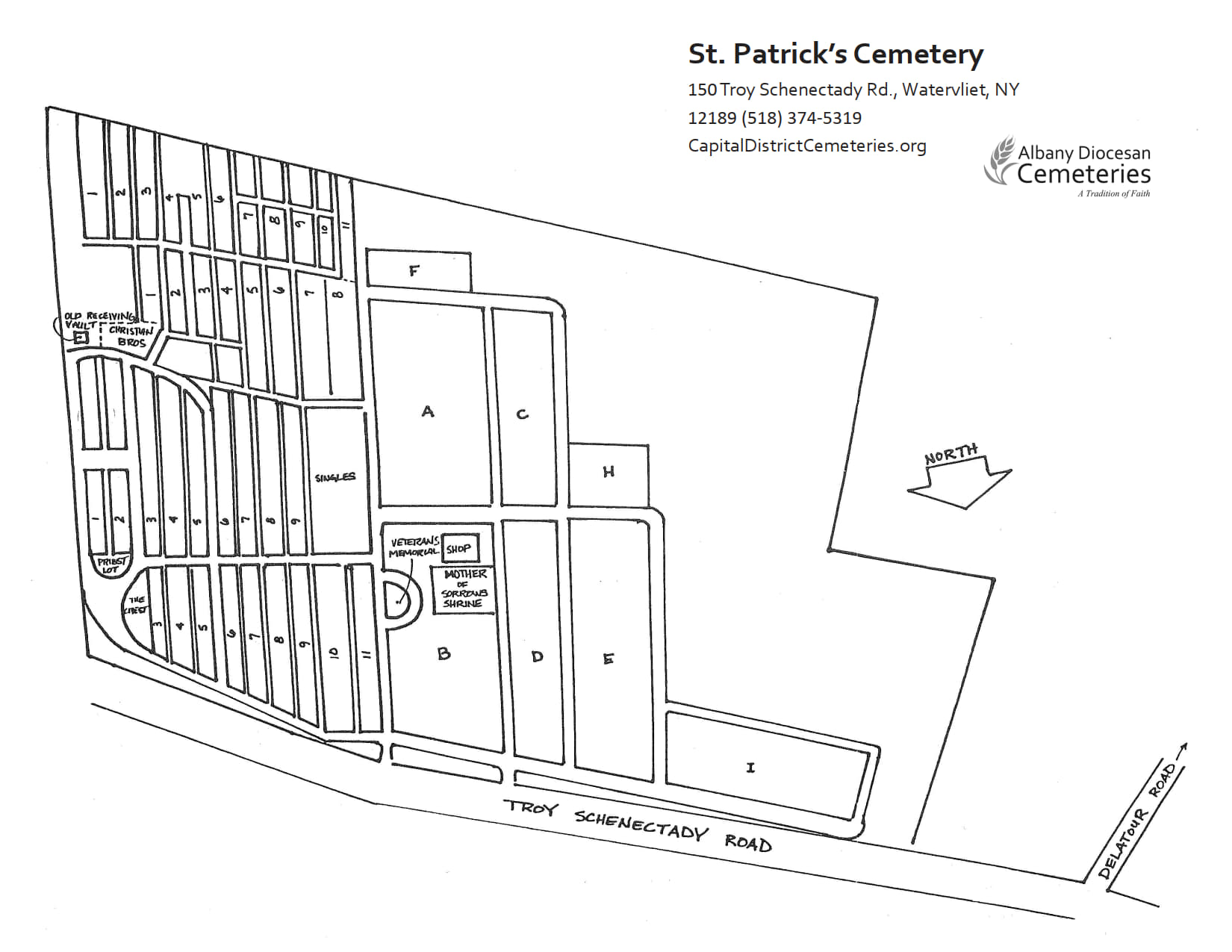