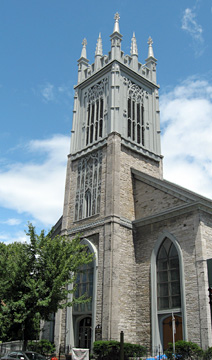 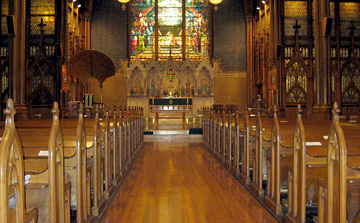 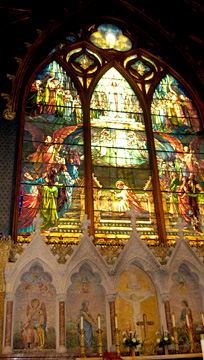 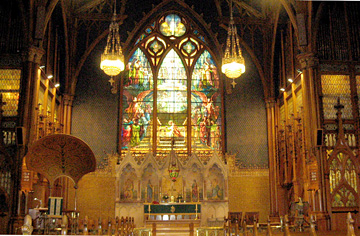 On January 16, 1804 “male persons of full age attached to the Protestant Episcopal Church” assembled in the court house and “unanimously resolved and determined” that they and their successors should thereafter and forever “be a church or congregation and body corporate”. This was the beginning of Troy’s St. Paul’s Episcopal Church.

The first building used by St. Paul’s was on the lots on the north-west corner of Congress and Third Streets which were purchased for $425.00. The cornerstone for that building was laid on July 2, 1804 nd early in the summer of 1805 the church was completed. Trinity Church of New York City contributed $2,000.00 for the construction of that building. I n January, 1826 the vestry of St. Paul’s was petitioned by the member to build a larger edifice. Two lots were bought for $6,300.00 on the north east corner of Third and States streets which is the site of the present building.

Among the many items enclosed in the cornerstone was a silver plate with the following inscription:

Unexpected structural problems started to appear in the building and a major structural job to
restore the buildings strength was needed. This was the beginning of the brilliant interior that is seen today in St. Paul’s. Having just returned from a holiday tour of the Gothic Churches of southern Europe in the 1890’s, Dr. Edgar A. Enos, Rector of St. Paul’s consulted with a civil engineer, an architect and a builder and it was decided to engage the Tiffany Glass and Decorating Company of New York City to design the new interior. Among Tiffany’s experts was J. A. Holzer, an artist renowned for his mosaic work as well as stained glass. Other windows in the church were by Cox and Sons of London, the Lamb Studio of New Jersey and a Boston, Massachusetts firm.

The following Memorial Names that were found in St. Paul’s were transcribed by TIGS volunteer Rebecca Rector.