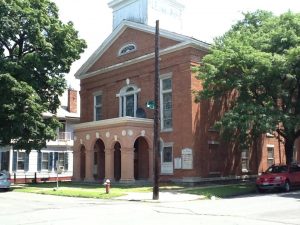 By 1798, Methodist class meetings in Lansingburgh were organized into a church by the local circuit riders. Services were held in the old Red Schoolhouse on 2nd Ave. and 116th St. until 1810 when their first church building was erected. The third building was completed in 1848 on the northeast corner of 3rd Ave. and 116th St., where the building still stands today.

Rev. W.H. Hughes was the Pastor from 1874-1876. During this time there was a great religious revival that lasted 17 weeks. In 1901, extensive improvements were made to the building and the congregation worshiped at the Presbyterian Church down the street. The Presbyterian Church then worshiped at the Methodist Church during improvements to their building. 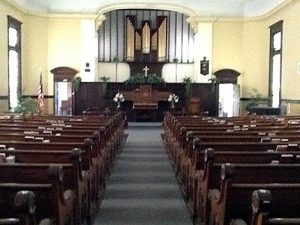 In 1926 the Methodist Church merged with the Hedding Methodist Church in Lansingburgh after that building burned in 1924. This new congregation became known as St. Mark’s Methodist Episcopal Church. Expansion plans began in 1959 with the construction of a new church house, plus renovations to the Sunday School rooms and nursery downstairs, below the sanctuary. At this time, many people donated money and furnishings for the new space, which are listed in the database of names below. 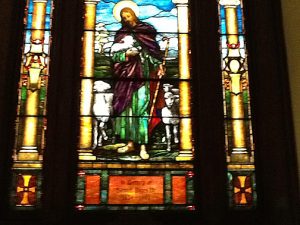 This history was compiled from information held at Cornerstone Community Church, and from a pamphlet at the Troy Library regarding the consecration of the new church house and renovation at St. Mark’s Methodist in 1960.