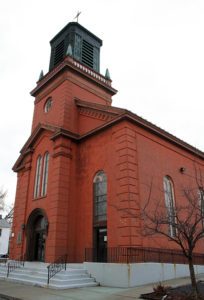 St Brigid’s Church in the Port Schuyler section of West Troy (now Watervliet) was established in 1850, through the efforts of Father Thomas Kyle, pastor of St Patrick’s Church (founded 1839). The first bishop of the Diocese of Albany, Most Reverend John Mc Closkey, laid the cornerstone of the church, first called St Bridget’s, in Port Schuyler at its present site on October 27, 1850. Until that time, the Church of St. Patrick was the only Roman Catholic church in the village of West Troy. With this church experiencing difficulty in accommodating the rapidly expanding Catholic population of the village, the pastor of St. Patrick’s Parish, Rev. Thomas Kyle, supervised the construction of the church in Port Schuyler to be dedicated to St. Bridget.

The new church building was completed and dedicated on July 11, 1851. Until then and until the first resident pastor came in May of 1854, Jesuit priests from St. Joseph’s Church in South Troy crossed the river to celebrate mass, at times in parishioners’ homes. 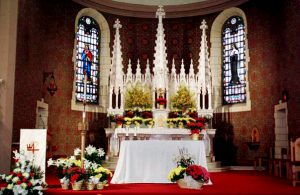 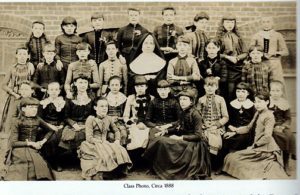 Early in his pastorate, Rev. Cullinan established the first St Bridget’s School, a one-room school, staffed by lay teachers. Three dwellings located on the west side of Groton Street (5th Avenue) between Middle Street and Mansion Street (6th & 7th Streets) were purchased to provide space for the rectory and expanded space for the school, then known as St Bridget’s Parochial School of the Sacred Heart. Renovations of the school building were completed in time for the opening of the school year on September 6, 1881. Father Curtin requested the Sisters of St Joseph to teach in the school together with two lay teachers. The third dwelling on the newly acquired property served as a convent for the sisters. Until the renovations to this building were completed, the sisters came each day from St Joseph’s in South Troy, crossing the Hudson River by rowboat or by walking on the ice. 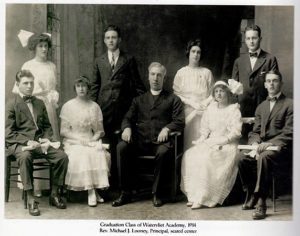 In 1886, the cornerstone was laid for a new school which was built to offer eight elementary grades. It was completed the following year. With the acquisition of an academic charter in 1898, St Brigid’s was also the first school to offer a high school course (The Watervliet Academy) in West Troy (now Watervliet). The Academy was open from 1898 to 1923 and closed when Catholic Central High School opened in Troy.