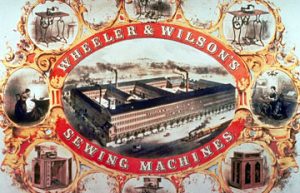 visited Troy to introduce into the collar, cuff, and shirt factories the use of the firm’s recently invented sewing machine. Its simple mechanism, it seems, did not impress the manufacturers favorably, and they were not inclined to make a trial of the machine. In a letter to the author, Mr. Wheeler disclosed the discouraging results of the exhibition of the machine at the Mansion House: “I particularly brought the attention of the manufacturers of collars and cuffs to the machine, most of whom shook their heads, doubting the practicability of stitching collars by machinery. 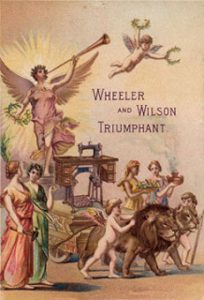 Among my visitors was Jefferson Gardner, who seeming to be less skeptical, patiently examined the machine, and concluded to give one a trial.” In the spring of 1852, several were sent to him. He afterward visited Bridgeport, Connecticut, and purchased a half-interest in the sale of the machine in Rensselaer County. Besides using about thirty in his own factory, he sold, a large number to the other collar manufacturers in the city.; The Wheeler & Wilson sewing machines have since that time been largely used in the manufacture of collars, cuffs, and shirts in Troy. 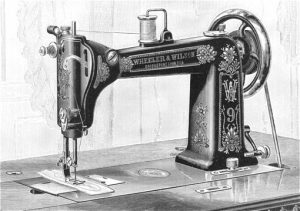 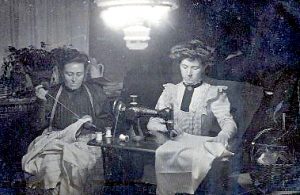