Woodside Presbyterian Church was built for Henry Burden, owner of the Burden Iron Works, on land owned by Erastus Corning, of Corning’s Albany Iron Works, as part of an apparent reconciliation between these two often-feuding 19th century industrial giants.

The church complex is located in South Troy, New York and comprises two buildings: the original Church built in 1869, and a Chapel built in 1883. The site is adjacent to Wynantskill Creek and the Burden Water Wheel.

The stone church building was designed by architect Henry Dudley and erected in 1869 as a memorial to the wife of Henry Burden, who died in 1860. In her life, she was concerned for the iron workers and their families, who had to walk miles in inclement weather to churches in downtown Troy and wished for a church closer to the Iron Works.An inscription on the church wall reads, “Woodside Memorial Church, dedicated to the service of the Triune God, has been erected to the memory of Helen Burden by her husband, Henry Burden, in accordance with her long-cherished and earnest desire, 1869.”

The later-built stone chapel was almost certainly designed by Robert Robertson, one of the Burden family’s favorite architects, and was likely used by the Sunday school. The chapel was built by the children of Henry Burden, Margaret Burden Proudfit, James A Burden, and I. Townsend Burden, after his death in 1871. It was built in memory of the many children lost to the three of them.

An inscription on the wall of the chapel building reads, “Woodside Chapel. Erected A. D. 1883, by Margaret E. Proudfit, James A. Burden, and I. Townsend Burden, in memory of their children.”

The church ceased to be used by the Presbytery in 2003. In a process aided by the Hudson-Mohawk Industrial Gateway, the church was reclaimed by the Burden and Corning Heirs in 2005 due to a reverter clause in the original deed. Soon after, the Burden heirs bought the Corning’s share.

The church was purchased in 2007 by the Contemporary Artists Center, a non-profit arts organization. 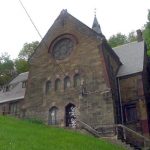 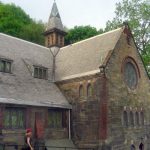 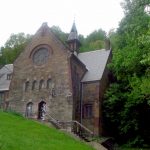 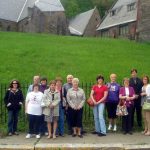 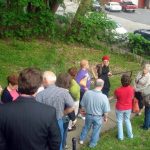 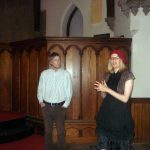 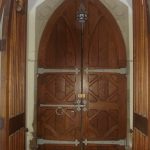 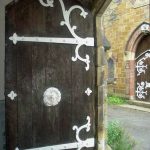 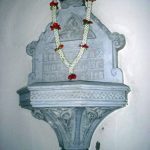 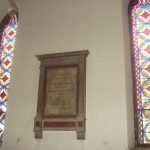 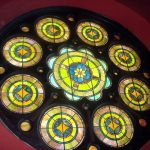 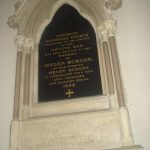 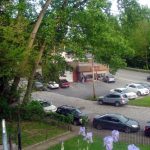 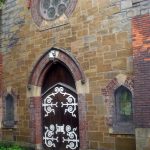 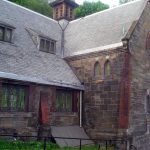 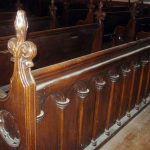